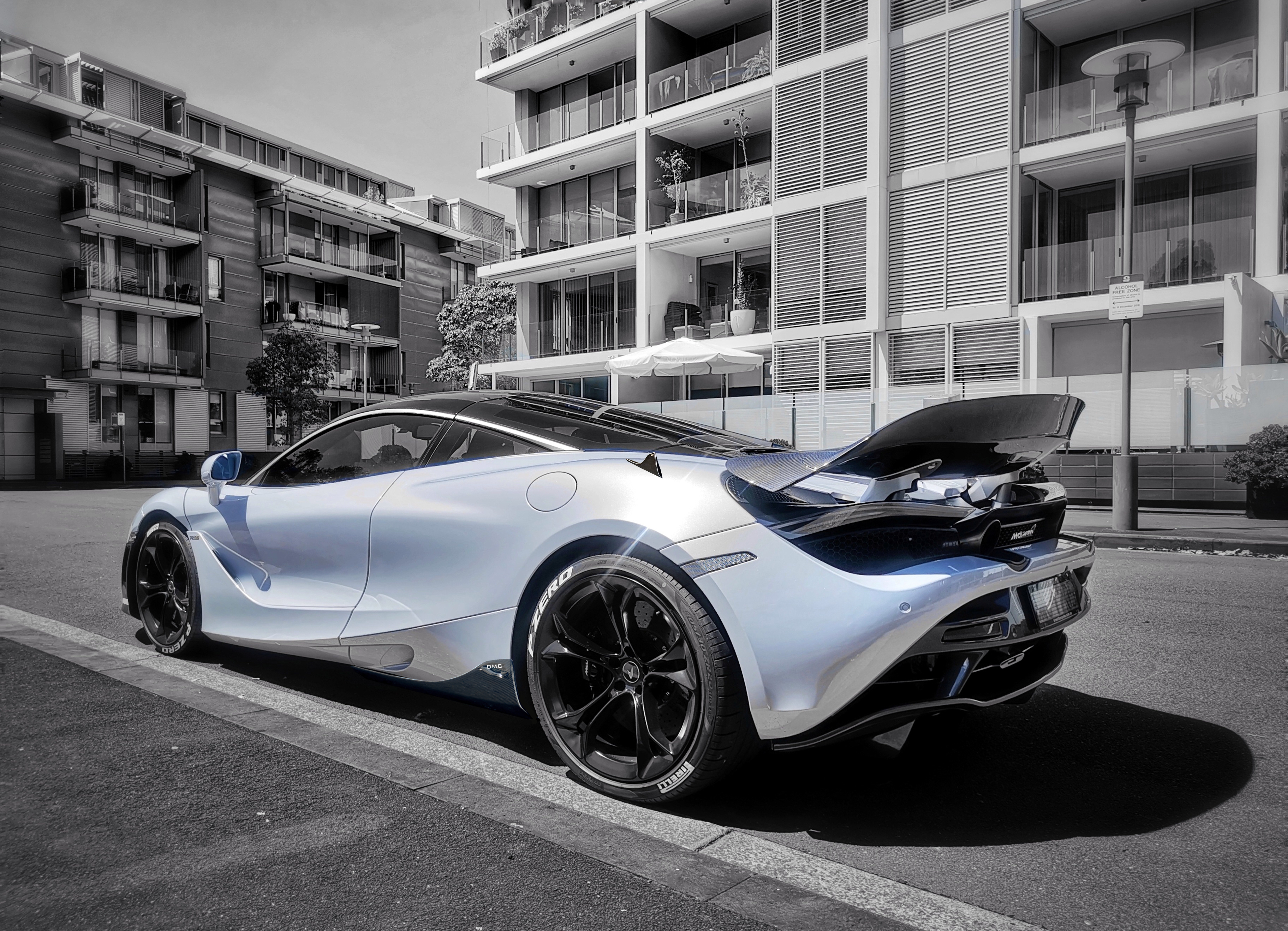 DMC has been working on a subtle refinement for the british super sport car McLaren 720s for a while, and we aleady saw pictures of their wing. But now the German tuner has finished what they call the STAGE1 package for the British Super Car: Officially introducing the DMC McLaren 720s “Velocita”.

The first revision that grabs our attention are the front swords. Made of 100% Carbon Fiber, these 2 parts add onto the original bumper and improve the downforce. Right between them is the option to replace the OEM grill with a carbon version, or add two improved tunnel vents onto the original center piece.

On the sides, we find a new pair of skirts that add downforce to keep the beast well placed on the road. Shaped in line with the original 720s design, these add on parts give form as well as function. Also prominent is the new set of alloys. Made from Forged Aluminum, the wheels come in dimensions of 9.5 x 20 at the front and 11 x 21 at the back. As we are used to from DMC, the Germans love using Pirelly tyres, in particular seen here with the format 245/30 ZR20 and 305/25 ZR21.

On the back, both the rear diffuser as well as the rear bumper have been replaced by carbon fiber versions of the OEM parts. On the top, the engine grill and hood cover have been treated with the same and now glance in 100% Kohlefaser.

The rear features also the same wing that we saw earlier, and it hasn’t lost any of its glory. In tradition of the German engineers, they developed a carbon copy of the McLaren’s base wing first, and then designed an integrated duck wing on top of it. Using the original mounting points as the original wing, the new spoiler can hence be installed without drilling any holes and without the need of using glue. And not stopping there, the McLaren’s Brake-Wing function still works, no errors will show when using DMC’s aerodynamic solution. We can’t help but see the resemblance of McLaren’s famous P1 wing in DMC’s design – well done!

The performance package is a combination of a new exhaust, paired with a ECU modification. The muffler comes with with flaps, and is made of heat resisting stainless polished steel. You can choose to get it either with sports cats or hatless. The power mod will get you 755 HP / 555 KW, at 7300 s/min, and be prepared for a massive 780 NM torque, pushing you from 0-100 KM/h in a mere 2,8 seconds.

DMC’s founders have been actively involved in tuning Ferraris and Lamborghinis for many years, before deciding to start the brand. The team has strong passion for designing and manufacturing products that enhance super-cars. Their work is often cited to be a piece of art, defined by the love of materials like carbon fiber and special leathers. While Germany develops dynamically enhanced body kits & car interiors, the other teams are overseeing imports as well as sales. We welcome you to visit www.DMC.ag to learn more about our packages for Lamborghini, Ferrari, McLaren, Bentley, Porsche, Roll Royce and more.