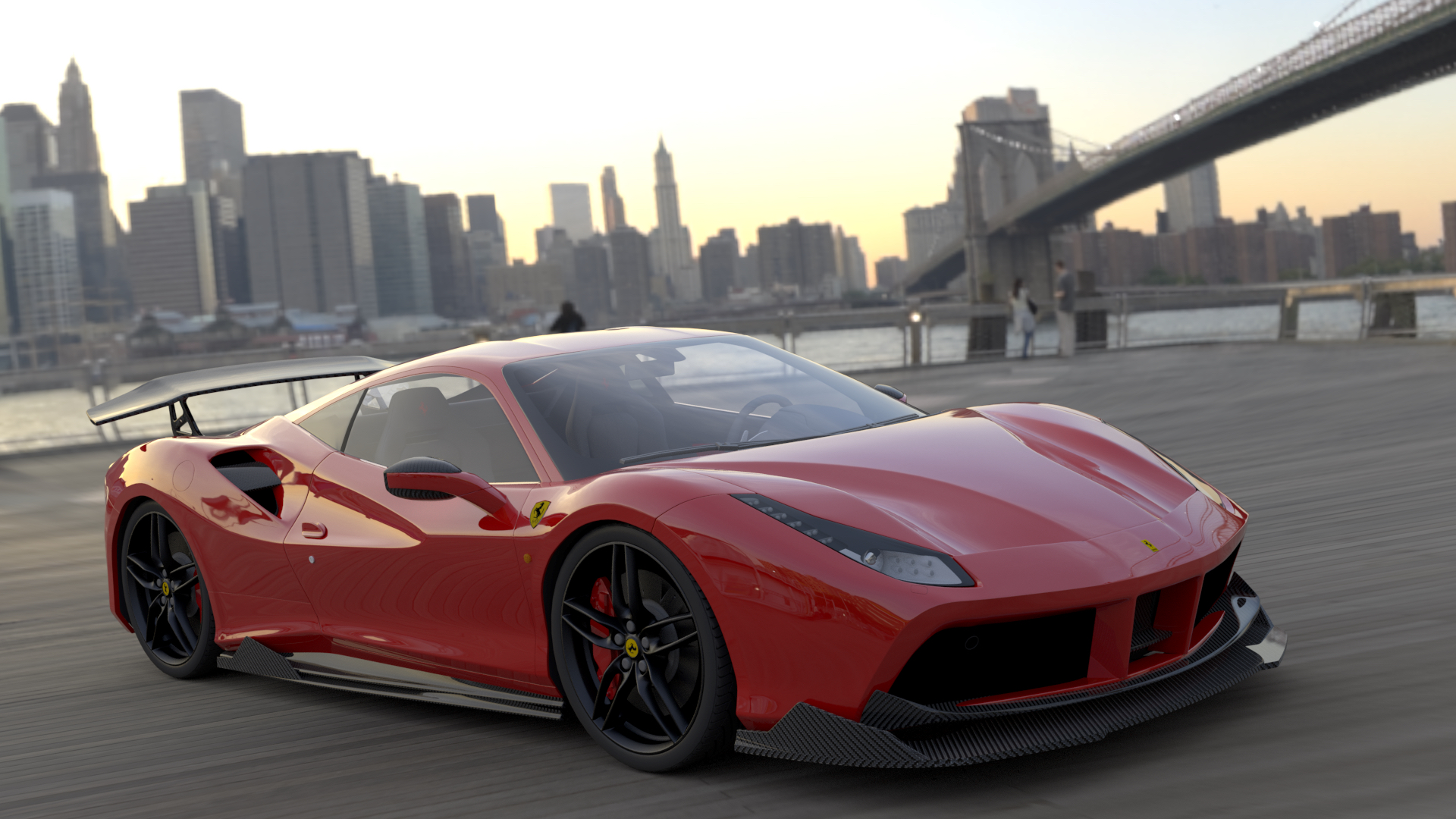 Since its foundation, the DMC brand became a reference for luxury refinement. One of DMC’s particular passion has been for professional aero parts, especially Rear Wings. For instance, DMC’s spoiler found on the LP700 has become so iconic that some people buy the car just because of the refiner’s design. It’s our sincerest pleasure to introduce you two new DMC wings for the Ferrari 488 GTB today.

As usual, DMC’s wing is approved and certified by German TUV, the highest quality control unit for vehicle components. And more than that, each spoiler can also be set to three different positions: CRUISE, FUN and TRACK MODE are different angles that the driver can set manually to achieve a different aerodynamic feel.

Both spoilers feature the DMC typical edge design (the part not only sits on top of the car, but beautifully corners around its rear edge). The difference between the two wings is the height though: Style 1 is higher and more aggressive, while Style 2 (the one with the DMC lions) is more elegant and lower.

While featuring a unique appearance, both DMC wings are integrated with the car’s original design. They flow with the automobile’s lines and don’t look aftermarket,  a value that the Germans put a lot of attention to. It could be factory if you wouldn’t know better, so the mission is achieved.

DMC’s extraordinary vision is making good things better. The company was founded in Germany 2009 and quickly expanded to Hong Kong and the Middle East where it developed its major hot-spots.

Over the years, DMC became the de-facto reference for Lamborghini refinement. Their works on the Diablo, Murcielago and Gallardo paved way for its initial history. Bit the company earned over-night fame when it launched the Aventador “MOLTO VELOCE” in 2012. The MV, as its also called, has so far been installed on an estimated 10% of Asian and Middle-Eastern cars, with Dubai being the city with most DMC cars in the world.

In 2015, DMC was accepted as exhibitor of the renowned Geneva Car Show, after being on a waiting list for nearly 5 years. It was time well spent though, because joining the Salon means being part of the global elite of automobile brands. There, it is located next to iconic companies that make hyper cars, reflecting DMC’s mission to be a luxury brand, rather than a part maker.

It’s more than just buying carbon fiber, it’s a ticket to become part of our engineering vision. You will be part of our dreams, our brand and can live #TheDmcLife. The hashtag as long been accepted as a lifestyle of a new generation that loves cars, clubs and good good. DMC doesn’t change your car, it changes your life.