The iconic DMC Air Outtake Grids for the McLaren 720s Coupe, made from Carbon Fiber. DMC products are certified by TUV, a German government approved authority for car safety standards.

The new McLaren 720s is a superb looking car however from a distance with the softer curves than the previous 650s it can look a little tame. We aim to change that with our new range of 720s Carbon. The DMC Carbon Air Outtake Grids really are the finisher to any cars rear. The 720s from factory has quite a tame looking lights that really doesn’t do a proper McLaren any justice. The DMC carbon creation looks same but thanks to being in carbon, has a more aggressive look. At the same time it still keeps the basic OEM style, not looking aftermarket at all.

The Carbon Fiber Grids are made up from lightweight and strong carbon fibre, produced via vacuum infusion giving both great strength and superior finish. Once the part has been produced and pulled from the mould, it is checked and tested thoroughly before heading to lacquer. Each part is inspected further and checked for tolerances before being hand and machine polished, followed by being waxed and sealed in with high content Carnauba products.

These are simple replacement parts, remove the original and replace with the carbon version. The OEM hood needs to be removed for installation. Although fitting is quite straight forward we do always recommend using a trained professional to undertake the install. We estimate around 80 minutes to fit.

There are no reviews yet.

Only logged in customers who have purchased this product may leave a review. 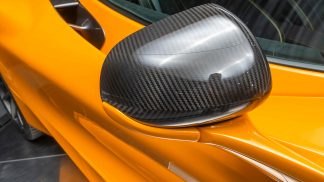